1 in 20 infants born through in vitro fertilization in Japan 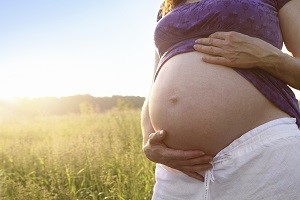 In 2015, 1 Japanese 20 newborn baby was born with in vitro fertilization. It is revealed by a questionnaire promoted by the Japan Society of Obstetrics and Gynecology. The analysis reveals a steady and explosive growth of this technique in the country. A trend is to continue in this direction, according to experts.

In Japan, more and more couples rely on IVF to have children. According to data collected, only 424,151 in vitro fertilization cycles were delivered in 2015 alone. These have translated into 51,000 births, the highest number ever for the country.

Part of the blame is the average age of aspiring parents, also growing along with fertility treatments. 40% of women who in 2015 turned to fertility centers were 40 years or older. Of these only about 9% managed to conceive and give birth to a healthy baby.

IVF numbers are much more positive as age drops. 21.5% of women around 30 were successful. It takes just a few years to get rid of the percentages: around 18.4% of aspiring mothers around 35 have had a baby. Let's talk about a drop of about 3 percentage points.

According to the authors of the questionnaire, Japan needs to expand its offer of infertility treatments. It would be a fundamental need for a country that is experiencing a dramatic demographic collapse.