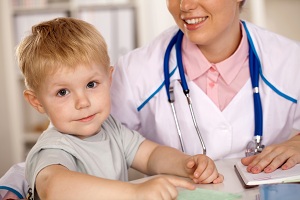 An experimental treatment helped a child with adrenoleucodistrophy, a rare genetic disorder affecting the nervous system. The disease was also at the center of a famous movie, "Lorenzo's Oil", based on a true story.

Unfortunately, Lorenzo's oil is not a real cure for the disease. The only treatment currently available is a brother's stem cell transplant, only possible for 1 out of 5. The new treatment, on the other hand, allows the patient's own cells to be used. Doctors take a marrow sample and modify stem cells by replacing the diseased gene with a healthy one. Then they implant the cells again.

The study led by Dr. David A. Williams involved 17 children between the ages of 4 and 13. Patients were affected by the worst form of adrenoleucodistrophy, which also affects the brain. Two years after treatment, 15 of them were neurologically stable and lacking major disabilities. Two others were dead, one for worsening of the disease, the other for complications following a transplant.

According to the results, treatment could be as effective as stem cell transplantation. With the difference that the latter is not available for all patients. However, it is unknown how long the benefits are and what the costs might be. However, in order for the treatment to be approved by the Food and Drug Administration, 15 years of monitoring will be required. Only after all will it be possible to tell if we are facing a cure.