Epilepsy and depression have the same genetic cause 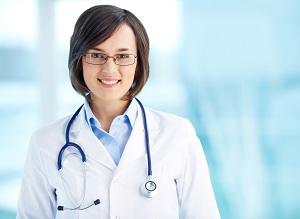 In some people, epilepsy and depression share the same genetic cause. The researchers at Rutgers University-New Brunswick and Columbia University say so. The discovery could help improve treatments, raising patients' quality of life.

Scientists have studied dozens of families with people with epilepsy. In particular, they analyzed the rate of mood disorders and compared it with the average in the United States. They found that people with focal epilepsy are more prone to these diseases. Among those who suffer from generalized epilepsy, however, the rate of depression remains the same.

The lead author of the study, Gary A. Heiman, denounces the tendency to underestimate mood disorders among epileptics. Research, on the other hand, proves the need for more accurate controls, especially among those suffering from focal epilepsy. These people should receive ad hoc treatments for both epilepsy and depression.

It is likely that there is a genetic link between focal epilepsy and depression. The results of this study support the thesis, but they are not the only ones. It is from the days of Hippocrates that doctors take note of a greater propensity to "melancholy" among those suffering from epilepsy. Nevertheless, it is still unclear what genes are involved in both diseases.