Rett syndrome: symptoms in regression in the models 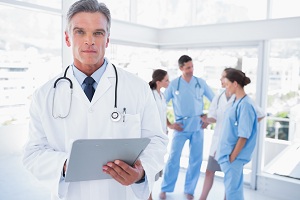 Rett's syndrome is a devastating genetic disease. Causes disorders at the motor level and behaviors of the autistic mold. The researchers at Case Western Reserve University School of Medicine have perhaps found a solution. In fact, they are working to restore brain function and regress at least part of the symptoms. One method in particular seems to have worked on some animal models.

The researchers found that the prefrontal cortex plays an important role in some cognitive and respiratory abnormalities. In the guinea pigs with the genetic defect due to Rett's syndrome, this area was almost inactive. In fact, it lacked adequate stimulation from other nerve cells. According to the researchers, this poor activity could be the cause of some symptoms of Rett syndrome.

To test their hypothesis, the scientists activated the prefrontal cortex neurons. The mice treated in this way began to breathe normally. They also recovered some of the long-term memory. A molecule was enough to almost completely eliminate the most severe symptoms of Rett syndrome in mice. Once normal activity was restored, the brain was relatively healthy and the guinea pigs showed a marked improvement.

This is a first discovery, but it also suggests a possible treatment for human beings. Furthermore, the same procedure could also be applicable to other brain regions. It could therefore benefit both those suffering from Rett's syndrome and those suffering from a disease of the same spectrum.