The molecular cause of Primary Ciliary Dyskinesia identified 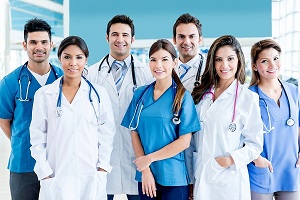 Researchers at the University of Washington in St. Louis have discovered a molecular factor that causes Primary Ciliary Dyskinesia. Those suffering from this disease have a genetic abnormality that causes the malfunctions of the vibratile cilia of the respiratory mucosa to malfunction. Until now, however, it was unclear how this anomaly translates into the symptoms of the disease.

The vibrating cilia of the respiratory mucosa serves to free the respiratory tract from excess of mucus. In those suffering from Primary Ciliary Dyskinesia, the eyelashes do not work. In fact, a genetic mutation prevents the proper production of the lily-forming proteins. It would all seem very simple, if it were not for some people to have flaws in proteins untied by eyelashes. In these cases, it was not clear how the genetic anomaly and defective proteins translated into symptoms.

According to the study, the three apparently unconnected non-functioning proteins are actually fundamental. They are in fact the elements that hold together the whole mechanism of eyelashes. When all is well, they form a scaffold on which the molecular motor of the eyelashes is installed. When they do not work they do not even work the eyelashes, although apparently everything is fine.

The researchers observed the eyelashes of some patients with this type of anomaly. The malfunctioning of the three "scaffolding" proteins made the structure unstable and hindered the development of eyelashes.