Detected genetic cause of Hay-Wells syndrome 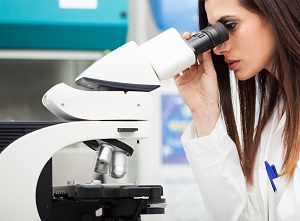 Mutations in the p63 protein cause a large number of diseases. The most serious is Hay-Wells syndrome. The scientists of Goethe University and Federico II of Naples have discovered new details on the genetic cause of the disease. It seems that the syndrome is much more similar to Alzheimer's and Parkinson's than to other syndrome related to p63. The discovery could help develop new possible treatments.

The p53 protein has the task of suppressing any tumors. Its malfunction is one of the first stages of cancer development. It is also the cause of a series of syndromes characterized by defects in embryonic development. The transcription factor p63, on the other hand, regulates the development and proliferation of stem cells. Some of its mutations lead to very serious diseases, including Hay-Wells syndrome.

The roots of the Hay-Wells syndrome reside in two domains of the p63 protein, completely unrelated to those related to other diseases originating from p63. These domains are a platform for protein interactions. For a long time it was therefore assumed that the problem was in the loss of these interactions. In reality it is not like that.

The mutations inside p63 expose the sequences of hydrophobic amino acids and push them to bind to each other. In this way a large complex without a structure is formed, which causes the loss of the functions of p63. Aggregates are similar to those that cause other diseases, such as Parkinson's and Alzheimer's.