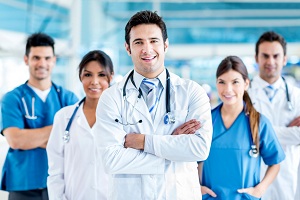 Sandhoff's disease is a genetic disease that causes the progressive destruction of brain and spinal cord cells. The most common and severe form appears in early childhood, between 3 and 6 months of age. Other less severe and much more rare forms occur during adolescence and adulthood.

The cause of Sandhoff is a mutation of the HEXB gene, which causes a deficit of the enzymes exosaminidase A and exosaminidase B. The two enzymes should be inside the lysosomes, the structures that deal with the disposal of toxic substances. Their malfunction then leads to a progressive accumulation of gangliosides in the brain, causing the death of neurons.

The disease causes the degeneration of brain and spinal cord cells. For this reason, those affected suffer from intellectual and motor disabilities, as well as loss of sight and hearing. Children with Sandhoff's disease have excessively developed livers, bone malformations and respiratory infections.

In order for the disease to manifest itself, both parents must be carriers of the mutated gene. Usually healthy carriers do not show any symptoms, which makes it necessary to resort to appropriate tests. Who has had cases in the family, can undergo a genetic test to check whether or not it is a carrier. In the event of a positive outcome for both partners, in vitro fertilization can be used together with pre-implant genetic tests.