Empathy is about the genes 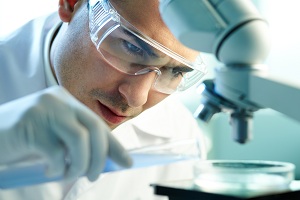 The ability to identify with those in front of us is a quality written in our genes. This is shown by a team of scientists from four major international institutions. The researchers who participated in the study come from the University of Cambridge, the Pasteur Institute, the Diderot University and the CNRS.

In 2002 a Cambridge team carried out a test to calculate how empathetic a person was. The questions measure the empathy quotient (EQ) of the person by evaluating cognitive and affective empathy. The first is the ability to recognize the feelings and thoughts of others; the second is the ability to respond with an appropriate emotion.

Thanks to the test it was discovered that the level of empathy changes from person to person. Furthermore, women are on average more empathetic than men. The researchers then decided to study the biological causes of these differences. The international study revealed that empathy is the result of both environmental factors and genetic factors.

The researchers tested the empathy quotient for 46,000 people. Then they also took a sample of saliva from each of them in order to analyze their DNA. Comparing the two results, it emerged that the level of empathy depends on genetic factors at least for a tenth. These minimal genetic variations could be the root for behavioral disorders.

Although women are more empathetic on average, there does not seem to be any significant genetic difference. According to the researchers, the merit could be hormonal levels, very different between the two genera.