Tanned or seared? The genes decide it 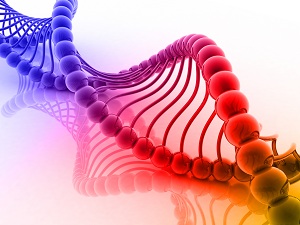 Why some of us become black after a sunny day, while for others it takes very little to burn yourself? The answer lies in our DNA, which regulates the skin's reaction to sun exposure. Italian researchers Mario Falchi and Alessia Visconti of King's College London have discovered the genes that control this mechanism.

For their discovery, the two researchers started from the data of over 500 thousand volunteers. The genetic information was stored in a genetic database. The 500,000 volunteers included 55,000 members of a control group. Among the remaining ones, however, there were 46 thousand people prone to sunburn and 74 thousand able to tan without burning. The participants were all Europeans.

Volunteer DNA analysis revealed 20 regions related to tanning. Of these, 10 had never been connected to this specific area. The researchers took note in particular of a region close to the AGR3 and AHR genes. Abnormalities in this specific region had already been associated with an increased risk of melanoma.

The study showed that the sunburn propensity is a matter of genes. Thanks to the results, the researchers obtained a genetic picture of the types of skin most at risk. A result that is anything but futile: getting very hot during childhood, in fact, increases the risk of skin cancer in adulthood.