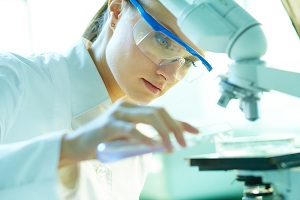 The theme of Professor Stuart MacGregor has uncovered 19 genetic markers related to eye diseases. Thanks to this discovery, early detection of eye diseases such as keratoconus could become easier.

The researchers analyzed the genome of over 25 thousand people. Thanks to the collected data, they discovered many previously unknown genetic variants. According to the study, 45 of these affect the thickness of the cornea and its state of health over a lifetime. How does this relate to keratoconus?

The genetic markers discovered could help both in the diagnosis and in the prevention of keratoconus. In the future genetic tests designed for those most at risk could be developed. This would allow to act in time and at least slow down the degeneration of the disease. However, the discovery is also important for other eye diseases.

The study made it possible to better understand the genetics of some connective tissue diseases. Specifically, he shed new light on Ehlers-Danlos syndrome, fragile cornea syndrome and Marfan's syndrome. These diseases have much more in common than previously thought. They share several genetic markers between them and this could facilitate the development of new treatments.