The human brain has evolved thanks to three genes 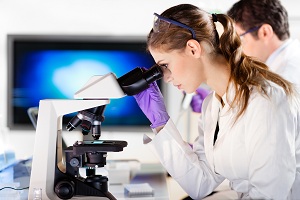 If our brain has reached its current size, the merit is all of three genes found only in human DNA. The discovery comes from two independent studies, one from the Université Libre de Bruxelles, the other from the University of California in Santa Cruz.

The two research groups were investigating which genes are active only in the brains of human beings. During their studies, they identified three genes belonging to our species and absent in all others. In a second step, the researchers carried out a series of comparative genetic analyzes, so as to draw up a possible history of these genes.

The first gene appeared about 4 million years ago, in the DNA of one of our direct ancestors. In later times, the other two genes have also developed. The combined action of all three made the human brain triplicate its volume, reaching its current size.

The three genes are part of the Notch family of genes, essential in embryonic development. The researchers named them NOTCH2NL A, NOTCH2NL B and NOTCH2NL C. They are on chromosome 1, a region related to genetic diseases affecting the brain. Microcephaly and schizophrenia are linked precisely to the lack of small fragments of DNA in this region. The presence of duplicate fragments, on the other hand, causes macrocephaly and autism spectrum disorders.

The genes discovered by the two teams appear to be children of the NOTCH2 gene, linked to the differentiation of stem cells. The three genes could be partial copies of NOTCH2, later modified by cellular machinery. While NOTCH2 pushes stem cells to generate mainly neurons, however, NOTCH2NL push stem cells to produce other stem cells. This results in a greater production of neurons that would explain the increase in brain volume.