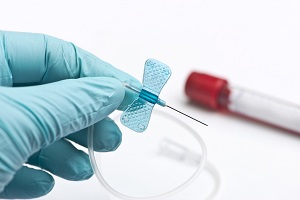 The secret to losing weight and quitting smoking could be written in our DNA. Or rather, in anomalies revealed by genetic tests. According to a Finnish study, discovering that you are genetically predisposed to a certain disease helps you live better. In fact, it pushes you to lose weight, exercise and take on a healthier lifestyle.

The Finnish study involved 7,328 people. The researchers compared their DNA with about 49,000 genetic markers associated with genetic diseases. In particular, they focused on cardiovascular diseases, in which lifestyle has a strong impact.

All colors that showed a genetic predisposition to certain diseases, were advised. The doctors gave them advice to follow to reduce the risk of stroke and heart attack.
40% of the study participants were smokers. Over the course of 18 months, almost half of them quit smoking. Furthermore, 13% of all participants lost weight and continued to lose it. All this thanks to having discovered a relatively lower risk factor than those already known.

Genetic predisposition does not mean necessarily having to get sick. It is a factor that contributes to the appearance of certain diseases, but which acts together with other elements that are easier to identify. And to be ignored. Smoking, moving around a little, eating badly, being overweight increases the risk of cardiovascular disease. Many of the participants were already aware of it, but they needed a further stimulus to change.