A key gene for myelodysplastic syndromes has been identified 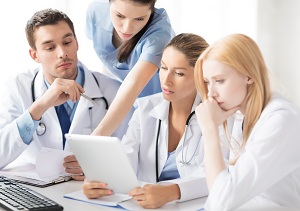 The team led by Dr. Gang Huang may have found a key gene in the development of myelodysplastic syndromes (MDS). The expression indicates a group of untreatable blood diseases that can lead to a number of other diseases. The dysfunctions are among the causes of leukemia.

Myelodysplastic syndromes are linked to various genetic mutations. People suffering from the disease show recurrent anomalies, linked to epigenic and metabolic problems. However, the impact of mutations is not the direct cause of the occurrence of the disease. The team identified HIF1A, a gene that feeds the biological process underlying the different types of MDS. It would be the anomalies in this gene to trigger the process that leads to the disease.

HIF1A is a transcription factor, which is a regulatory gene that drives the actions of other genes. It has a vital role in how cells respond to metabolic changes and oxygenation. In addition, it influences the functions of thousands of genes. Among many things, it regulates the biological functions of hematopoietic stem cells in the bone marrow.

Dr. Huang's team studied the bone marrow of some patients with myelodysplastic syndromes. The researchers analyzed all messenger RNA molecules expressed by genes in the body. They also focused on chemical agents that help regulate genes in cells. The analyzes revealed HIF1A abnormalities in all patients.
It will still take years of study before being able to talk about a therapy. Nevertheless, the discovery could play a central role in the development of new treatments.