A genetic test to predict osteoporosis 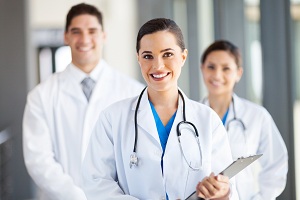 A genetic test could identify individuals at high risk for osteoporosis and low bone mineral density (BMD). The researchers identified 899 genetic sites related to the problems, of which 613 were unknown. The discovery could support current diagnostic techniques, facilitating early diagnosis and prevention.

The study identified 1362 single nucleotide polymorphisms, located in 899 loci. Only 286 of these had already been identified, while 613 were completely new. Later, researchers entered data into a genetic algorithm. Combining data with weight, height, gender and age, the algorithm was able to predict the predisposition to osteoporosis with great precision.

In addition, the researchers identified 142,417 autosome genetic variants and linked to the X chromosome, related bone mineral density. The most important were in 4 loci - 385, 324, 336, 89 - all related to BMD. In particular, chromosome 7 of locus 385 contained 20 single nucleotide polymorphisms. All 20 were significant for osteoporosis and bone density.

Participants with low results in the analysis of the algorithm showed significant changes in BMD. Many of these have had osteoporosis problems, others of sudden rupture due to poor bone mineral density. Further studies could help develop new predictive genetic tests, reduce the incidence of the disease and facilitate prevention.