New genetic target for the treatment of chronic kidney disease 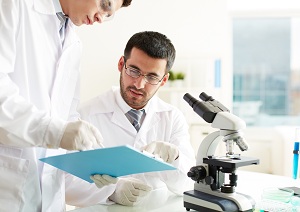 Chronic kidney disease is a pathological condition that causes the accumulation of toxins. The team of Professor Katalin Susztak has studied the genetic variants underlying the disease. They have thus discovered new details on the development of the disease, which could lead to the development of new treatments.

Susztak and colleagues have created an atlas of the kidneys, complete with a new molecular definition of the different types of cells in the kidneys. Each type of cell has its own unique and non-redundant function. When it does not work, the specific dysfunction can be associated with specific symptoms found in chronic kidney disease. The researchers used this study as a starting point to understand the causes of each individual anomaly.

The researchers created a database containing all genetic variations and their consequences. Each in its own way influences the expression of RNA molecules in renal cells. By integrating this information with more specific approaches, the scientists have identified the genes and cells linked to the disease. This should facilitate both the diagnosis by genetic testing and the search for treatments.

The team has discovered 27 genes that could be among the causes of chronic kidney disease. Many of these were expressed in the proximal tubule cells, part of the kidney filters. They are used to reabsorb the nutrients left in the urine. The researchers focused in particular on the gene that codes for the DAB2 protein.

To confirm their theories, the researchers analyzed guinea pigs with the disease. By reducing the expression of the DAB2 gene, they improved tubule conditions and improved the conditions of the mice.