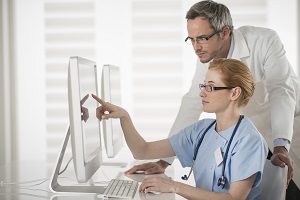 A study by the Universities of Exeter and Essex discovered a link between indicators of genetic activity and Alzheimer's. The mechanisms that control the behavior of genes in the brain could be among the causes of the disease. If confirmed, the discovery could help to better understand the development of Alzheimer's and find new therapeutic approaches.

The researchers analyzed changes in genetic activity not caused by changes in the genetic code. Instead, they focused on so-called epigenetic factors that can be altered by the environment. In particular, they studied a type of epigenetic modification called histone acetylation. This alters the control mechanisms of genetic activity and seems to be linked to Alzheimer's.

Brain tissues of patients with Alzheimer's showed an abnormal presence of histone acetylation. Researchers have identified differences especially in the regions that control the expression of amyloid and tau. The two proteins were already known for their role in the development of the disease. However, the acetylation of histones could also influence other proteins and be among the causes of further diseases.

One of the study's authors, Professor Jonathan Mill, said he was optimistic. Further insights will be needed, but the data collected open the door to new possible treatments against Alzheimer's. For example, it may be possible to develop a drug that acts on histone acetylation. Above all, they suggest an alternative approach to research on these diseases and underline the importance of epigenetics as well as genetics.