A lantern to improve the diagnosis of lysosomal storage diseases 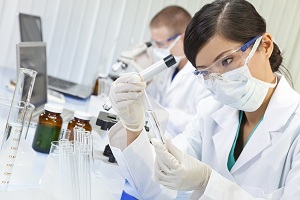 Lysosomal storage diseases are among the less known rare genetic diseases. Doctors often attribute symptoms to more known diseases, delaying the diagnosis. A new program, The Lantern Project, aims to solve this problem. The project will offer genetic tests for the diagnosis of lysosomal storage diseases, such as Fabry's syndrome or Gaucher's disease.

It is estimated that there are about 10,000 cases of undiagnosed lysosomal storage diseases. Sometimes, the diagnosis requires years and exhausting pilgrimages from one doctor to another. For Fabry's disease, the average diagnosis period is around 15 years. Among the reasons is the inability to access comprehensive diagnostic tests, which also include the genetic aspect. The Lantern Project aims to address this problem.

The aim of the project is to facilitate the diagnosis for the many US doctors and patients. In particular, the project will focus on those who fear suffering from the disease of Gaucher, Pompe, Niemann-Pick and Fabry. In addition to genetic testing, tests for enzyme levels and tests for some muscular dystrophies will be available.

The project focuses on the possibilities offered by next-generation sequencing technology. The new method is in fact faster and cheaper than the previous ones, since it allows to analyze several genes at the same time. As a result, it is possible to test each patient for various lysosomal storage diseases in a short time.