The first genetically modified human beings were born in China 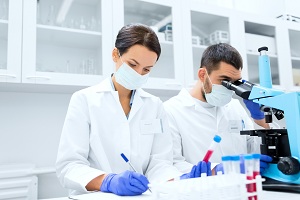 Two twins born in September in China would be the first genetically modified human beings. This was announced by Professor He Jiankui of the University of Shenzhen, who led the experiment. The scientists used Crispr to make the twins resistant to AIDS. At the moment there are no confirmations from third parties, but the news is still exceptional. Nevertheless there are doubts, both ethical and technical.

Despite its great potential, Crispr is still an imprecise one. Several researchers have questioned the safety of the technique, which could lead to unexpected changes. For this reason, for the moment it is used only on somatic cells and never on reproductive cells. In most countries of the world it is even forbidden to modify the DNA of the embryos. China is not new to such experiments, but it is the first time that a scientist has gone so far.

Professor He Jiankui eliminated the gene that encodes the Ccr5 protein from 7-pair embryos. The protein is the receptor that carries the HIV virus inside the immune cells. Without it, the virus can not infect them and the individual is in fact immune to AIDS. After this first step, he and his team implanted embryos from one of the couples in utero. The pregnancy has progressed and has come to an end.

The experiment would fail in at least one of the twins. The researchers altered only one copy of the gene, so the child is not immune to the disease. As for the other, there are still no certain news.