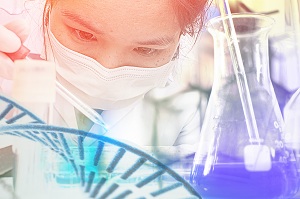 There are genetic diseases caused by mutation of a single gene. Neuropsychiatric disorders, on the other hand, involve hundreds of genes. To these genes are added the environmental factors and some elements hidden in the genome, which seem to regulate gene expression. All this makes the diagnosis and treatment of schizophrenia and other diseases even more complex. For this reason the PsychENCODE Consortium was born, which studies the link between gene associations and changes in their functions.

The research of the consortium is today the most complete genomic analysis on the human brain. Researchers entered molecular mechanisms, focusing on those linked to neuropsychiatric diseases. The results did not reveal all of the diseases analyzed, but revealed genes and pathways and types of cells connected to them. It could therefore give a great stimulus to the elaboration of new therapies.

The project has been going on since 2015 and until today has analyzed 2100 brain samples, all coming from people with psychiatric illnesses. The researchers analyzed DNA, RNA and proteins, looking for clarifications on brain architecture. They also analyzed RNA sequences from 1600 adult individuals with autism, schizophrenia, bipolar disorder or none of these diseases. In this way they have identified thousands of RNA molecules with a recurring partner.

Among the various studies conducted within the project, there is one related to the diagnosis of these diseases. Scientists have created an algorithm that analyzes a person's genome and gene expression. Starting from these data, he predicts the risk of developing a psychiatric illness and allows to intervene immediately.