Traced the first genetic map of the polycystic ovary 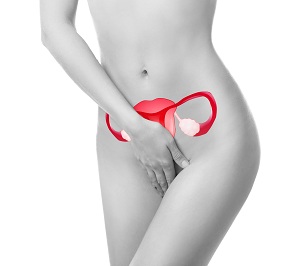 A study by The Mount Sinai Hospital and Mount Sinai School of Medicine in New York traces the first genetic map of the polycystic ovary. Scientists isolated 14 mutated genes common to patients with the disease. The discovery could make it easier to develop new treatments, especially for the most serious cases.

Polycystic ovary is an endocrine-metabolic disorder that affects about 7-10% of young women. Often causes a decline in fertility, especially in the most pronounced forms. The characteristic symptoms are: irregularities in the menstrual cycle; ovulation reduced or absent; excessive production of male hormones; acne.

The researchers involved about 100,000 women with polycystic ovarian syndrome. For the control group, however, involved another 100,000 women without the disorder. Scientists analyzed the genome of both groups, looking for common genes among women in the first group. This allowed them to isolate 14 mutated genes that could be the cause of the disorder.

Abnormal genes control metabolic and reproductive functions. In addition, some of them are associated with disorders such as depression, obesity and diabetes. It is not entirely clear how these 14 genes have an impact on the functioning of the ovaries. The study made it possible to better understand the syndrome, but the road is still long. In fact, to date, the diagnosis is often difficult due to the heterogeneity of the symptoms and the type of patients.

Today the hope is to simplify the diagnostic process and find new therapeutic approaches.