What are the genes of male breast cancer? 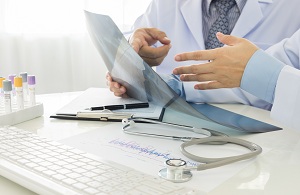 A team of Sapienza di Roma analyzed the genetic causes of male breast cancer. Given its low incidence, in fact, there are very few studies in this regard. The Italian scientists have instead focused on the genes that make Italian men more prone to cancer. The aim is to understand the basis of the genetic susceptibility of this form of cancer, so as to improve diagnosis and treatment.

The main breast cancer genes are BRCA1 and BRCA2. Scholars involved 523 men with breast cancer, of whom only 20 with BRCA mutations. In this way they focused on the other genes responsible for male mammary tumors. They analyzed 50 genes, all previously studied and largely heritable.

Mutations in the PALB2 gene are the most prevalent among men with breast cancer. Given their clear prevalence, researchers suspect that the gene could play a key role in the disease. The study of only Italian subjects has instead allowed us to better analyze our population genetics. In other countries the prevalent gene of male breast cancer is indeed another.

Usually the predominant gene in men with breast cancer is CHEK2. The mutations of this gene are however almost completely absent in Italy, which raises new questions. The next step will be to understand how the mutations of PALB2 increase the risk of cancer. In this way it will be possible to develop a specific breast screening for men.