A genetic puzzle to reveal a rare chromosomal defect 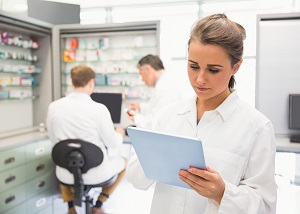 Researchers at the Karolinska Institutet created a puzzle composed of 4 different DNA analyzes. This allowed them to map three rare chromosomal aberrations, first without a diagnosis. The study gave an answer to the families of four children suffering from very serious symptoms, yet without obvious cause. The next step will be to create a genetic test for use in the clinical setting.

About 1 in 500 people are carriers of balanced chromosomal aberrations: the genetic makeup is intact, but some pieces are in the wrong place. Not always these aberrations have obvious consequences, but in some cases cause infertility or increase the risk of transmitting genetic abnormalities to the children. Precisely for this reason, Dr. Anna Lindstrand has led a study on rare genetic diseases caused by chromosomal aberrations.

For two years, the team has followed three people with serious problems since childhood. Despite careful genetic analysis, nothing came up at first. Researchers knew that there were irregular chromosomes, but they had no idea how to recognize them. To obtain high-resolution images of the chromosomes, they then used a new sequencing technique.

The researchers combined the results of previous tests, creating a genetic puzzle. They thus obtained the image of the altered chromosomes present in the three patients, due to their symptoms. The aberrations are so rare that they are unique, which has made them even harder to find.

The study gave an answer to the families involved. Above all, it allowed us to obtain a method that could be used on hundreds of other chromosomal aberrations.