Insomnia has a genetic basis 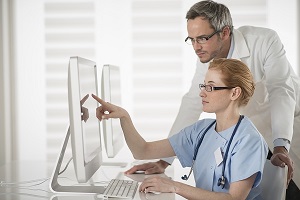 Two studies published in Nature Genetics have investigated the genetic basis of clinical insomnia. The disease affects about 1 in 10 people and undermines both physical and mental well-being. Researchers have suspected for years that there was a biological basis, but only recently have they identified some of the causes. From what has emerged, the genes involved would be the same ones that cause heart disease and psychiatric disorders.

The geneticist Danielle Posthuma, of Vrije University in Amsterdam, examined the DNA of over 1.3 million individuals. From this, he identified 202 areas of the genome linked to insomnia. The genes involved are 956, active mainly in brain regions commonly linked to insomnia. Simultaneously, geneticist Richa Saxena of Massachusetts General Hospital analyzed 450,000 genomes. This time the researchers identified 57 DNA regions, which include 236 genes. The results of the tests carried out confirmed what was found in the first study.

There seems to be an overlap between the genes discovered by Dr. Posthuma and those discovered by Dr. Saxena. Both studies highlight a large overlap between genes related to insomnia, genes linked to metabolic defects and genes linked to psychiatric diseases. People suffering from insomnia are often predisposed to depression, anxiety, schizophrenia, type 2 diabetes, coronary heart disease.

The problem therefore appears to be linked to neuropsychiatric disorders and mood regulation. Dr. Posthuma's group aims to increase the sample size. In addition, he is planning laboratory experiments to demonstrate the cause-effect relationship between insomnia and the cells involved. In this way it will be easier to elaborate new treatments, which complement the current cognitive-behavioral.