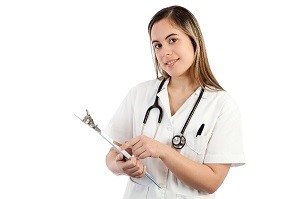 Jo Cameron is 71 years old and does not know what pain is. Due to a rare genetic mutation, the woman does not feel pain and is unable to feel stress. This led her to collect broken limbs and burns of various kinds, caused by the inability to stop in time. Nevertheless, he began to investigate this strangeness only after the age of 65, following a surgical operation. Now his mutation could lead to the creation of new painkillers for those suffering from chronic pain.

The first to realize that something was wrong was Devjit Srivastava. The doctor noted that the woman had several signs related to arthrosis, now in a very advanced stage. Nevertheless he did not show the slightest pain and walked despite the deteriorated hip joint. The doctor reported the case to the geneticists of UCL in London, who studied the woman's high pain threshold.

Geneticists have discovered two important mutations in Jo Cameron's DNA, which suppress pain and anxiety. At the same time, they increase happiness and accelerate wound healing. The first mutation is quite common and concerns the FAAH gene. The second one is much more particular: the woman lacks the gene that controls FAAH. As a result, it produces high levels of anandamide, the substance that reduces pain and increases forgetfulness.

It is likely that the woman inherited the mutation from her father. Now researchers are looking for a way to mimic its effects, so as to treat those suffering from chronic pain.