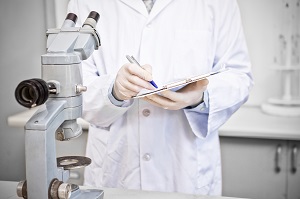 A team from Rensselaer Polytechnic Institute used genetic editing techniques to improve the diagnosis of dengue fever. The researchers used nanotechnology to mount some DNA fragments, so as to make a star shape. This star acts as a trap for the dengue virus, which remains trapped between the arms. Once captured, the virus is expelled naturally and can be analyzed.

The new technique has proved effective for the moment. According to one of the authors of the study, the test could be 100 times more sensitive than current diagnostic tests. It makes it possible to identify the virus from the first day of infection. Above all, scientists believe they can use the same technique to identify other viruses. Because?

To spread, viruses enter cells and replace their own DNA with the original one. In 2016, doctors Robert Linhardt and Jonathan Dordick made a synthetic polymer that matches a sialic acid sequence. In fact, the virus must bind to acid to spread to the lungs. The polymer then manages to intercept it and prevent it from spreading. Treatment has reduced the mortality rate in guinea pigs to a quarter.

Polymers have a defect: sometimes they are toxic to the body. The scientists then looked for a safer variant of this tool. To do this, they used nanotechnology to modify the structure of DNA, looking for a form compatible with that of dengue virus. The star obtained binds to the virus and becomes fluorescent, perfectly visible in blood tests.