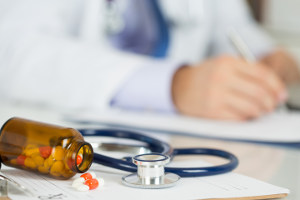 An article published in the journal The Lancet reports the results of the Phase 2 clinical trial of Nusinersen. It is an experimental drug intended for the SMA or spinal muscular atrophy. Tests have shown that it is safe and well tolerated by the body. Furthermore, the data show good clinical efficacy on infants with SMA Type 1, the most acute form of the disease.

The trial involved 20 children aged between 3 weeks and 7 months, all with an anomaly in the SMN1 gene. This anomaly is one of the causes SMA. Nusinersen consists of a piece of DNA drawn up as to stimulate the production of the missing SMN protein, directly into the spinal fluid of children. This phase of the research was to assess the safety of the drug against spinal muscular atrophy, as well as its effectiveness. In this respect, the very positive results would appear: Nusinersen is safe enough and it seems to slow down the progression of the disease.

According to the researchers, Nusinersen would even managed to transfer patients from a disease of type 1 to a type 2. In both cases, the children would even started walking, which would make them switch to a SMA type 3. This it means that the drug would be able to lengthen the life of children expectations, while not curing them in a definitive manner. Younger patients treated with Nusinersen seem to be able to live longer and better, which would be a big step forward.

Before the drug is marketed will require further trials. Meanwhile, researchers are trying to expand the program, so as to allow more children to access it. The next step will be to test the safety and efficacy in children from 6 weeks up.