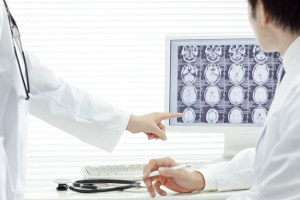 is a form of human spongiform encephalopathy. His best-known form is the so-called "mad cow disease", which made headlines in the late '90s and early 2000s.

In reality bovine spongiform encephalopathy is almost disappeared. Today 85% of cases are sporadic and explicable to 10% of a genetic. Creutzfeldt-Jakob disease has a long incubation period, completely with no symptoms. That makes it impossible to detect in time and is always fatal.

The disease causes a rapid degeneration of the central nervous system, but without causing inflammation or immune system reactions. The only obvious sign is an abnormal form of the prion protein, which accumulates in the cerebrospinal fluid and causes very characteristic lesions. This allows you to formulate a precise and definitive diagnosis, which unfortunately comes after the patient's death.

Creutzfeldt-Jakob disease occurs sporadically around 60 years, and within six months kills the patient. Despite causing dementia, mutism, visual difficulties, regular analyzes are normal. Electroencephalography may show periodic changes, while in 50% of cases the MRI showed abnormalities in the cerebral cortex. They do not know the causes for this form and the researchers found no genetic mutations.

10% of cases of Creutzfeldt-Jakob may be ascribed to the PrP gene mutation. It is the gene that is responsible for coding for the prion protein. When malfunctioning, the protein is more likely to accumulate and damage nerve cells, bringing them quickly to death. Currently lacks a way to diagnose the disease in the early stages when the symptoms become obvious, the course is quick and inevitably leads to death.