Colorectal cancer: a DNA test can save life 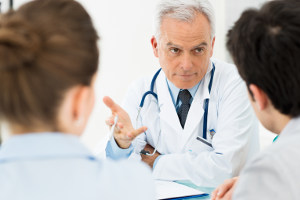 A study by the University of Ohio State, Arthur G. James Cancer Hospital and Richard J. Solove Research Institute reveals that 16% of under 50 suffering from colorectal cancer has some genetic mutations recurring. Some of these mutations affecting genes that normal DNA tests do not touch, leaving behind some subjects at risk. The discovery could then trigger major changes in the control methods used to date.

The researchers analyzed blood samples and tumor tissue taken from 450 patients between 17 and 45 years, who had undergone operations for the removal of the tumor between 2013 and 2016. The traditional screening for colorectal cancer focus of specific genes, which are known to be linked to that form of cancer. The team in question has instead carried out a parallel analysis of multiple genes. It analyzed both genes directly explicable in colorectal cancer, and those associated with other forms of cancer.

The researchers expected to find a very high percentage of Lynch syndrome, a hereditary form of colon cancer. Of 450 subjects, only 36 only showed this mutation, while 34 had only explicable mutations to other forms of cancer and especially breast cancer. 33% of these subjects had no trace of the disease in the family history. This means that in other situations would hardly have made a specific screening for that type of anomaly.

The study shows how the spectrum of relevant genetic mutations for cancer of the colon and rectum is very broad. Much larger than the researchers thought. The team then suggests a genetic screen wide-ranging, as well as identify any predispositions and address them in the bud. Maybe one day could use a similar approach for prenatal screening test, so as to identify the bud any possible danger.