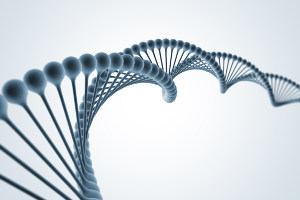 A team of researchers from the University of Cambridge, Great Ormond Street UCL Institute of Child Health and the National Institute for Health Research has identified a new genetic disease that affects the ability to move. The discovery will make it easier to treat certain forms of dystonia, making it difficult if not impossible to control voluntary movements.

The researchers have used the latest DNA sequencing techniques, the same ones that are often used for prenatal screening test. They thus identified a mutation in the gene KMT2B in 28 children with dystonia. The gene in question controls the production of a protein crucial for the control of voluntary movement. From the moment it does not work as it should, problems occur in the expression of other genes responsible for motor functions.

Some of the analyzed patients had received an incorrect diagnosis of cerebral palsy. Because doctors were trying to treat the wrong disease, the subjects did not receive effective treatments for them. Following the newly diagnosed, however, doctors have resorted to ad hoc treatment for patients. They used deep brain stimulation, a technique that involves electrical stimulation of brain regions involved in the movement. The subjects thus treated showed significant and lasting improvements, which in one case lasted six years. Children have expanded their range of movements and some have begun to walk again.

Following the success, the team has suggested including analysis of gene KMT2B between the routine checks for those affected by dystonia. Such an operation could indeed help to identify other cases of wrong diagnosis.