Premenstrual syndrome? It could be caused by a genetic issue 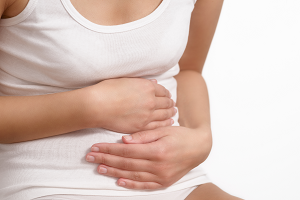 A study of the National Institutes of Health confirms what many women already knew: Premenstrual syndrome is a real disease. For a long time doctors have considered little more than an imaginary illness, but now they know the causes. The sense of irritability, mild depression and anxiety that affect many women before the loop originate in a genetic anomaly.

The researchers analyzed the molecular mechanisms that underlie the "premenstrual dysphoric disorder", a rare version of PMS. The disorder affects between 2% and 5% of women and the cause would be in the abnormal behavior of a group of genes. The anomaly concerns the genes that control estrogen and progesterone, the main female sex hormones. In optimal conditions, these allow the organism to respond to external stress during the cycle.

The study looked at the DNA of white blood cells of women with a severe form of premenstrual syndrome. major differences emerged compared to the DNA of those, however, he never gave a sign of disorders of the kind. The discovery could lead to the development of specific treatments, to help women who suffer the most disabling version of the syndrome.