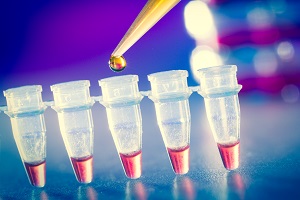 Is there a gene responsible for physical activity and is called TFEB. It is a discovery dating back to 2009, but the Telethon Institute of Genetics and Medicine in Naples researchers have discovered a new gene function. In fact, the TFEB gene also regulates muscle activity, a function that could be used against diabetes and obesity.

The gene acts in the event of physical effort and allows to muscle cells to access the energy required, by the expression of specific genes. In addition to this, TFEB controls how the body responds to physical activity and how much energy comes to working muscles. The researchers observed the mice in which the gene was not working: their muscle cells were unable to produce enough energy to power the physical effort. It followed that the mice were not able to sustain physical activity for extended periods. In contrast, mice with more active than average TFEB had an extraordinary resistance.

The discovery could give a major boost in the fight against diabetes, muscular dystrophies and atrophies, obesity. The fact TFEB gene regulates the metabolism and the use of glucose: being able to modulate it would burn more easily the excess glucose, or increase the basal metabolic rate and calorie expenditure. For now the research is just beginning, but the goal is to create drugs designed to act on TFEB.