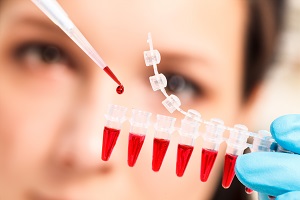 A study by Allison W. Kurian, University of Stanfort, reveals that very few women with breast cancer diagnosis have used genetic testing. The team involved women between 20 and 79 years suffering from forms of the stage 0 breast cancer at stage 2. The researchers asked the patients to answer the questionnaire two months after the tumor removal operation. The response has indicated that only 29% of patients had carried out genetic tests.

The tests for the identification of the BRCA1 and BRCA2 genes are available for over 20 years. In recent years, thanks to advances in technology and science, have become more effective and less expensive. Nevertheless, there are still few patients know the benefits arising from the tests. The study therefore investigated how many patients would have carried a genetic test; how many patients they had talked to a doctor; how many had been performing the genetic test.
Of all the patients interviewed, are more than 2,500 women who responded to the questionnaire, namely 71%. Of these, 66% said that they would carry a genetic test, but only 29% have actually done. Of this 29%, 62% were high-risk women who had consulted with a doctor about it. What is amazing is that only 40% of high-risk women had been advised to take the test by a doctor. This means that many women have not been made aware of a large prevention weapon.

Only 53% of high-risk patients had in fact performed the genetic test. According to the study, much of the blame would be treating physicians, that they would not recognize the high-risk situations and the importance of a genetic test. Contrary to what previously believed, the cost of genetic screening would have a role, but not of primary importance.