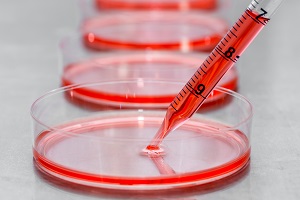 The National Academy of Sciences (NAS) and the National Academy of Medicine (NAM) have released the first international guidelines regarding the genome editing. The document relates to the manipulation of DNA in gametes and embryos in the early stages of development, for the time being prohibited. With the development of gene editing techniques, however, it becomes increasingly likely a future application also to the germ lines.

Techniques such as CRISPR made the editing of the genome more accurate and less expensive. This has opened new opportunities both in research and in the clinical setting. For the moment, however, the applications are limited to non-germline tissues, which then only touch the patient. The application on germline tissues, however, would make the changes inheritable, and would affect future generations. The event has raised and raises many questions of a scientific nature and ethics, which is why NAS and NAM have gathered a team of experts that their evaluation of the consequences.

The document supports the application of gene editing to the treatment and prevention of serious disease and disability. In the case of modifications of the germ cells, however, it highlights the risks of a drift eugenics and unpredictable consequences on future generations. Further studies are indeed needed to understand and quantify the risk of introducing new genetic anomalies by mistake. On the other hand, the genome editing may delete a large number of genetic diseases that are incurable today.

For the moment the genetic editing of germ cells is prohibited in both the US and in our country. In Italy exception couples silent carriers of healthy genetic diseases, which can also access prenatal screening test prior to implantation of the embryo. In case of change of the rules, the guidelines recommend a set of criteria before allowing editing of germ cells. Some of these are:
• no valid alternatives;
• application only to genes associated with severe disease;
• disclosure of preclinical and clinical data indicating the risks and benefits;
• monitoring of the parties involved and their children.
Source: osservatoriomalattierare.it