Italy, the first country in the world for the diagnosis of Duchenne muscular dystrophy 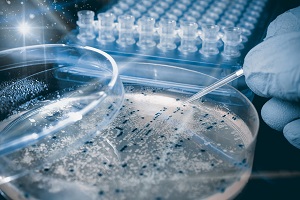 Italy is the first country in the world for the precocious diagnosis of Duchenne muscular dystrophy. This was stated by a retrospective study of a team Pediatric Hospital Bambino Gesù in Rome. Over the past 10 years the average age of diagnosis was approximately 41 months, with an advance of about 10 months than other countries. This allows to intervene with earlier treatment and therefore more effective.

The researchers, led by Dr. Adele D'Amico, studied data from 15 tertiary centers collected in about 10 years. They analyzed the average age of diagnosis of 384 Italian children turn again to tertiary centers neuromuscular between 2005 and 2014. In addition to the age of diagnosis, they have also focused on the factors that led to the final diagnosis. They assessed both what were the first signs that have led us to develop a suspicion, both the paths used to reach the diagnosis.

The first medical contact that led to the diagnosis occurred on average 31 months. Often trigger the suspicion were routine analysis, they found elevated serum creatine kinase levels or transaminases. Another important element of suspicion has been the finding of a motor retardation and muscle weakness. In the first 29% of the cases to raise the doubt it has been a pediatrician in 35% it was a specialist in tertiary centers and 23% a specialist hospital centers of first level.

The key to early diagnosis lies in the frequency with which the Italian pediatricians prescribe certain tests in case of vomiting, diarrhea, or prolonged fever. Once detected abnormal levels of creatine kinase, the diagnosis becomes much simpler. Abroad, however, the creatine kinase test is much less frequent and this contributes to the diagnostic delay.

Monitor the health of their children is important. It is a path that Mom already implemented during the period of pregnancy by performing prenatal screening test. non-invasive examinations, such as the fetal DNA test, it is useful for the detection of the most common chromosomal abnormalities.
Source: pharmastar.it