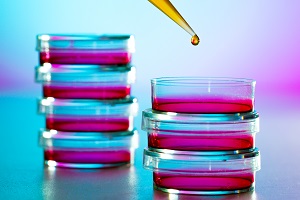 A team of Guangzhou Medical University and State Key Laboratory of Proteomics has used the genetic editing technique CRISPR-Cas9 of human embryos. Success is for part-time, but it marks a turning point in the search. It is indeed the first time that scientists use genetic editing of normal egg cells.

Until now all attempts of genetic editing had been done on embryos that would never have been able to develop. In these cases, the correction was successful in only one cell out of 10. The Chinese researchers have instead used the technique of normal human cells, fertilized with sperm affection of two genetic mutations. In 3 cases they have been successful, while in others they have eliminated only partly mutation.

The first mutation was used for testing the G1376T, present in the gene for G6PD enzyme. The disturbance causes a widespread form of hemolytic anemia in China. Thanks to the CRISPR, researchers have completely removed the anomaly in 2 embryos, partially in one and not at the last. The second mutation was instead Beta41-42, due to beta-thalassemia. In this case, scientists have obtained 1 embryo devoid of the anomaly, 2 mosaic embryos and 1 sick embryo.

In the case of certain types of genetic diseases, mosaicism could be enough to have a healthy individual. For example, the metabolic liver diseases require only 20% of healthy cells because the organism functions in a normal manner. Some scientists speculate that, however, it is avoidable by modifying the genome of sperm and eggs prior to in vitro fertilization.

Although the results are valuable for research, you will still need a long way before use of CRISPR clinician. Today, the fetal DNA tests are designed to identify potential genetic disorders in the first few weeks of pregnancy. In the case of hereditary and very serious diseases, preimplantation genetic testing even allow you to select only healthy embryos. For the moment, this remains the only way possible in many cases.