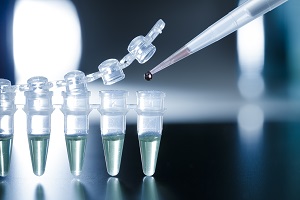 What are the genetic risk factors of glioma? A consortium of 14 research centers analyzed the genetic profile of the brain tumor. In this way, he has identified 13 new markers, which are added to the 13 already known. The discovery will make it easier to assess the risk of illness and develop personalized treatments. The international team analyzed the genomes of nearly 12,500 people with glioma.

This compared with that of 18,000 healthy individuals used as a control group. The operation helped to define the different types of cancer at the molecular level, also taking into account the degree of malignancy. In addition, it highlighted million variants involved in tumor development and 13 new markers. Depending on the type of glioma and its aggression, the researchers identified several genetic causes. All identified alterations involving single nucleotide of DNA, the letters of the double helix. Despite being very small, affecting fundamental genes to control aging and cell proliferation.

The changes are also present in genes with functions related to cell survival. To date knowledge of risk factors of glioma was limited. According to Melissa Bondy, one of the authors, the study has provided a much broader genetic profile of the disease. This has allowed the development of new theories on the development and evolution of the tumor. The discovery could save the lives of millions of people, because gliomas are among the most common brain tumors in adults. Before the research has implications in the clinical setting will take time.

The objective is to calculate the risk of cancer based on the presence or absence of certain genetic abnormalities. But it is still unclear how these mutations interact with each other. In addition, the quantification of risk still lacks the precision seen in genetic testing for breast and ovarian cancer. The road traveled, however, is the right one.