A new project to find cure for Huntington's disease 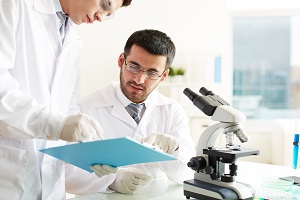 Scientists at the University of Sussex have begun a major research project on Huntington's disease. The purpose is to develop a drug that will stop the loss of cognitive-related functions related to the disease.

Huntington's disease manifests itself mainly in middle-aged subjects. The most obvious symptom is the loss of control of the movements. Nonetheless, this only occurs 10 to 15 years after the actual onset of the disease, which causes a progressive loss of cognitive functions. There is no cure at the moment. There are also no effective drugs in the treatment of symptoms.

The Sussex University team is developing a targeted drug against the GABA A alpha 5 receptor. It is a brain protein that controls cognitive functions. The study moves in the wake of a previous research at the University of Dundee. This had shown the efficacy of experimental drug called α5IA. The drug, tested only on animal models, had restored some cognitive deficits in subjects with neurodegenerative diseases.

The developing drug is targeted against the early symptoms of the disease. The goal is to allow sick subjects to lead a near normal life, at least for a certain period of time. Cognitive deficits are the most debilitating symptoms of the disease. They make the sick unable to work and have devastating consequences on the subject and his family. With this search, things could change one day soon.