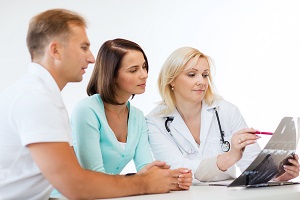 In the Netherlands, the maximum limit for genetic routine tests for Lynch syndrome is 50 years. According to Professor Nicoline Hoogerbrugge, it's a big mistake. By raising the age limit, in fact, it would be possible to identify many more people affected by the disease. This would allow for more time to diagnose colon cancer cases. About 5% of cases of colon cancer are linked to Lynch's syndrome, a genetic disorder.

It is estimated that only 20-30% of subjects with the disease have received a diagnosis. Many countries rely in particular on history and genetic testing. In the Netherlands, the latter are available for patients with colon cancer who are 50 years old. In this way, however, many cases remain unrecognized.
The researchers performed genetic testing on patients up to 70 years of age with colon cancer. Of the 87 at risk of Lynch's syndrome, only 35 had been judged fit for the tests. Genetic analyzes revealed that 13 patients were affected by the disease. Of these 11 were from families in which the syndrome had never been diagnosed; 8 were over 50 years old. If it had not been for research, their family members would never know that they were at risk.

Modifying access criteria for genetic testing could reduce 60% of the deaths associated with Lynch syndrome. In fact, the disease causes an increased risk of colon, stomach, brain and ovarian cancer. Identifying genetic predisposition to these diseases allows you to increase controls. In the best of cases it can even lead to disease prevention. Otherwise, it can diagnose the tumor even at the very first stages when it is still treatable.