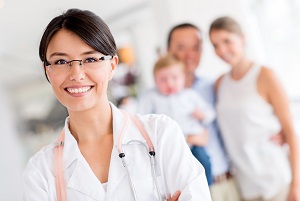 Some people attract mosquitoes more than others. We have always suspected it, but science is looking for a confirmation. An English study aims to identify the genes that make us attractive to insects. If the study was successful, new repellents could be processed. An end is nothing but futile if you think that mosquitoes are endemic to lethal illnesses like malaria.

The study will involve over 200 couples of homozygous and heterozygous twins, identical or unidentified. The researchers will pick up the participants' socks and put them in a mosquito-filled wind tunnel. If some individuals really produce chemicals that attract insects, then the mosquitoes will focus on their socks. It will thus be possible to examine what is different from their sweat and what are the genetic causes.

Previous studies have shown that some visual, olfactory and thermal stimuli attract mosquitoes. Individuals that expel more carbon dioxide, for example, receive more bites. Even taller and more powerful people are under attack by mosquitoes, as are women with the cycle. Nonetheless, little is known about what makes us more or less attractive to insects at the genetic level.

Are there really people with "sweet blood" as some popular beliefs would like? Two years ago, a study of the same team involved 18 pairs of homozygous twins and 19 heterozygous twins. Already then scientists had found that homozygous twins, therefore with the same genetic heritage, attract the same amount of insects. Moreover, their smells are similar. That means our appetite could have genetic causes.

If we identified the genes that make our smell interesting for insects, it would be easier to find a solution. It would in any case be a long work, but it could lead to pharmacological treatments that make us insect repellent. Such drugs would be an inestimable weapon against mosquito-like diseases, such as zika and malaria.