One in five adults may carry dangerous genetic mutations 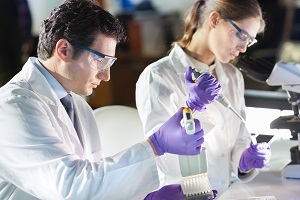 According to two US studies 1 adult in 5 has genetic mutations linked to a disease. These mutations often do not cause the onset of the disease itself but increase the risk that it will appear. This means that identifying them in time may facilitate the prevention of certain pathologies and perhaps avoid them. That is why scholars promote a widespread use of full DNA sequencing.

The first study was published on The Annals of Internal Medicine. It involved 100 healthy adults who told the family medical history. The researchers then chose 50 of them randomly and subjected them to complete genetic screening. They analyzed about 5 million DNA sequences, placed in 4,600 genes. The screening recommended by the American College of Medical Genetics and Genomics (Acmg) involves the analysis of only 59 disease-related genes.

DNA screening revealed that over 50 people had at least one mutation due to a pathology. It also emerged that all patients in question exhibited at least one recessive mutation linked to a disease. If they had a partner with the same recessive mutation, then their children could manifest the disease. An event to be studied with further tests, which would hardly have emerged with the only history. Of the 50 participants interviewed and enough, only 16% were directed towards more in-depth genetic analysis. This is against 34% of the second group.

The second study has achieved very similar results to that of the first. The Stanford Center for Genomics and Personalized Medicine team analyzed the DNA of 70 healthy adults. Of these, 12 (about 17%) showed genetic mutations linked to a higher risk of pathologies. Again in this case, the researchers went beyond the analysis of the 59 recommended genes. Consequently, standard analyzes may be insufficient to fully effective prevention.