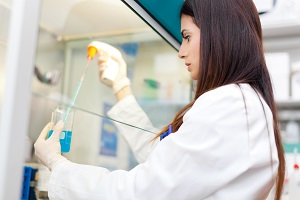 The Lyon Congress of the European Paediatric Neurology Society brings good news. Nusinersen, the new drug against spinal muscular atrophy (SMA), is good. Early trials had already proven the safety of the drug while these showed their efficacy against the disease.

The researchers submitted two studies, conducted using the same molecule on two groups of patients. The ENDEAR study involved SMA children of type 1; CHERISH study involved children over 2 years of age. The first study showed an increase in survival rate and functional improvement. So not only did the drug stop the disease, but it has regressed it. Improvements also present among the participants in the second study.

he drug acts on the SMN2 gene and stimulates it to produce homonym. In this way it protects the motoneuron, otherwise destined to die due to the SMN protein deficiency. It is administered by injections between the vertebrae, so as to inject the active principle around the marrow. A somewhat annoying procedure, however, which little patients have become accustomed to.

At present doctors did not report adverse drug reactions. The few discomforts come from the method of administration, but are mild in comparison to the benefits gained. Injections also decrease with time. It starts from 3 in the first month, followed by 1 shortly after and continues with 2/3 per year.
For the moment nusinersen is available in Italy only for compassionate use, so for children at risk of survival. However, many patients are expecting to market in our country.