Researchers have demonstrated the efficacy of an experimental drug 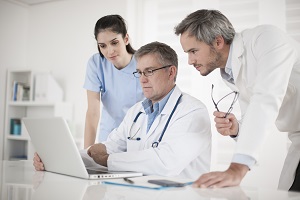 Researchers at the National Institutes of Health (NIH) have demonstrated the efficacy of an experimental drug against Niemann-Pick type C1. The compound activates the AMPK enzyme and activates the cell cleansing mechanisms. This reduces cholesterol and fat accumulation in the brain and liver.
Work could lead to a new generation of Niemann-Pick type C1, Parkinson and Alzheimer treatments. All of these neurodegenerative diseases have in common the malfunction of cellular recycling mechanisms. Neurons accumulate bad substances that affect their functions.

The experimental drug 2-hydroxypropyl-β-cyclodextrin is in Phase 3 of the clinical trial for the treatment of the disease. Preclinical studies had already shown its effectiveness, but operation was unclear. The researchers then created a more powerful version, methyl-β-cyclodextrin.

The team tested methyl-β-cyclodextrin on cells taken from patients with Niemann-Pick. The drug has been linked to the AMPK enzyme and has activated it. The result was a collapse of accumulated cholesterol levels. By blocking AMPK's activity, however, levels have remained unchanged. Researchers also found other effective compounds that could lead to new drugs.