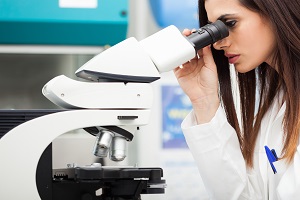 A study by the Gemelli Clinic and the University of Glasgow identified the molecule that determines the appearance of rheumatoid arthritis. Discovery could lead to the creation of new therapeutic solutions.

Subjects with arthritis exhibit an excess of miR34a molecule. It is a non-coding RNA molecule that does not encode for a protein but for other RNA molecules. The molecule produces pro-inflammatory molecules, pushing the immune system to attack healthy tissue. The most violent attacks are against the connective tissue of the joints, which swells and causes pain.

In 50-60% of cases, rheumatoid arthritis is caused by genetic factors. The remaining 40-50%, however, depends on different factors. Some of these are smoke and excess weight, which often act on genetically predisposed subjects. In some cases epigenetic factors are referred to, ie environmental factors that determine DNA responses.

Drugs on the market are effective only in some cases. They tend to be generalized or too specific. Some act on a single cell population, although the disease may affect at least 4 or 5 populations. The only way to effectively fight the disease is to opt for personalized therapy. Time factor also plays an essential role: the first thing you do is the better the results.

The researchers developed a murine model to study the role of the miR34a molecule. In specimens in which the molecule producing gene has been eliminated, arthritis has disappeared. That means miR34a is a breaker for the disease: hitting the molecule also means striking the disease. The next step will be to elaborate therapies that affect miR34a.