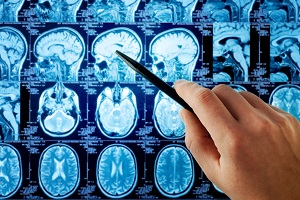 Scientists from the UK, the Netherlands and the United States have discovered a new genetic disease. The disease affects the brain and causes serious problems in development. The first to hypothesize its existence was Dr. Siddharth Banka, analyzing the cases of three children.

Dr. Banka's three patients showed too large or too small brains and developmental deficits. All three had mutations in the RAC1 gene, which had never been linked to any human disease. In addition, no previous study had ever linked anomalies to just one gene with such serious brain damage.
To test the theory, Professor Han Brunner and Dr. Margot Reijnders analyzed four more children. Even these patients had mutated versions of the gene and abnormally sized brains. Some of them also suffered from epilepsy and had heart problems.

Assessed the probable link between RAC1 and brain size, scientists went to testes on the guinea pigs. Dr. Tom Millard used brain cavity cells with a modified version of RAC1. He noticed that gene abnormalities also affected the size of cells. Similar effects were found on zebrafish.

The international team has discovered a new genetic disease, but not only. Research has revealed the importance of RAC1 in brain development by adding information to an obscure subject.