HIV: how does it survive? 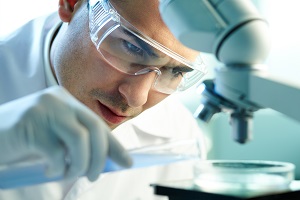 The HIV virus alters the host cell genome to carve a safe haven and survive. In particular, it alters some cells of the immune system so that it can act in its favor. The discovery is the result of the collaboration of several research teams. Researchers at the San Raffaele Telethon Institute for Genital Therapy (SR-Tiget), the AIDS Immunopathogenesis Unit and the Infectious Diseases Unit of the IRCCS San Raffaele Hospital co-operated.

The HIV virus spreads into the body by attacking the immune system cells. Removes the original DNA and implants your own, so you can reproduce it. Scientists have unveiled some new details related to this phenomenon. The virus infects T regulator lymphocytes and inserts its own genome alongside the STAT5B and BACH2 genes, activating them. The genes regulate the proliferation of T lymphocytes.

T lymphocytes regulate the immune response of the body, turning it on and off as needed. According to researchers, the HIV virus could modify them to protect it. This would prevent other lymphocytes from attacking and blocking the action.