Pre-vaccination tests: are they really efficient? 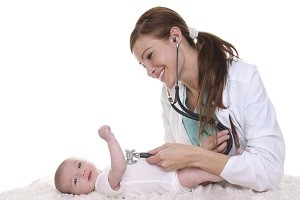 The Italian Society of Pediatrics (SIP) has expressed its views on the so-called pre-vaccination tests. Tests that are widely spoken on the internet should include possible adverse reactions from the vaccine. According to SIP, however, the tests in question are useless and expensive. In fact, they are by no means able to identify very few children experiencing adverse reactions.

On the internet there are endless lists of examinations that should be made before the vaccine. They are doses of minerals in the blood, immunoglobulins and vitamins. Some of these even include genetic testing. The whole list, if done in full, involves a considerable expense. The problem is that there is no evidence of its usefulness.

Alberto Villani, President of SIP, explains that there is no scientific evidence that these examinations help to predict any adverse reactions. For example, in the list is the HLA typing, a set of genes that regulate the immune system. Some HLA antigens are widespread among those with autoimmune diseases, it is true. This does not mean that you can expect a reaction to the vaccine by examining them.

What makes testing even more useless is the rarity of adverse reactions to vaccines. We talk about 1 case every 1 million vaccinated, which can not be identified with the current technologies. It is much more likely that the child will take the disease or transmit it to immunodexpressed subjects.

The pediatrician can detect any special clinical situations by means of regular medical history and controls. If the child is in a particular clinical condition, the pediatrician himself will contravene the administration of vaccines.