What is the impact of natural gas in pregnancy? 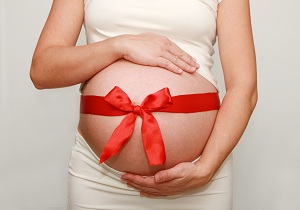 The Peace River valley in Canada is also known for the abundance of natural fractures. Researcher Élyse Caron-Beaudoin has led a study on the effects of these volatile compounds. In particular, it focused on the effects of exposure to benzene in pregnancy.

Muconic acid is a degradation product of benzene, a volatile toxic and carcinogenic substance. Among the participants in the study, 29 levels of substance concentration were 3.5 times higher than the national average. In 5 of these, the concentration exceeded the limits recommended by the American Conference of Governmental Industrial Hygienists (ACGIH).

The link between levels of mucus acid and benzene exposure is not taken for granted. We still need to see if there is a causal relationship between the two, though it is very likely. Excessive levels of muconic acid may be caused by additives in ready-to-eat foods. However, it is unlikely that diet alone may have affected so much.

An additional point of interest is the rate of indigenous women involved in contamination. Of the 29 women with high levels of mucus acid, 14 were indigenous. In addition, the results revealed that among these women had a substance concentration 2.3 times higher than the other. The data is not statistically significant given the scarcity of participants. It is true, however, that these women lived on average in areas most exposed to hydraulic fractures.

The negative consequences of exposure to benzene during pregnancy are known. Studies link it to a higher rate of infant leukemia, spina bifida and other congenital defects. That is why it is important to understand the exact origin of the mucus acid found in the urine of the study participants. To do this, you will need a much wider study.