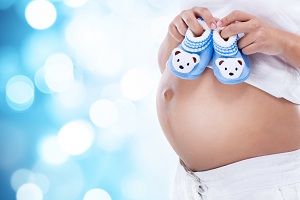 For the first time in the United States, a woman born without a uterus could give birth to her son. The merit of the uterus transplant was led by Dr. Liza Johannesson. The technique has already paid off in other parts of the world, but this was the first US case.

The birth took place at Baylor University Medical Center, where the clinical trial for uterus transplantation is ongoing. The women who participate in it all suffer from absolute infertility due to the uterine factor. Many of them have a functioning or non-functioning uterus due to birth defects. Others suffer from the consequences of tumors or other diseases.

The uterus used for transplantation is that of nurse Taylor Siler, 36 years old. The woman has two children and has decided not to have any more. For this reason, he decided to donate his womb to give another woman the chance to become a mother. For this purpose she underwent a series of physical and psychological screening, culminating in an intervention of over five hours.

The transplant of the uterus of Siler was only one of the 8 occurred in the first phase of the trial. Of these 5 were successful, while the other 3 ended with a rejection. All participants are between 20 and 35 years old and all donors are between 30 and 60 years old.

After transplantation, women waited for the first menstruation, after which they resorted to in vitro fertilization. In the case of the US study, in fact, women have all ovaries functioning but not connected with the uterus. They can therefore ovulate, but conception is possible only through assisted fertilization.
The child protagonist of the story is the first born thanks to the US program. The delivery was by caesarean section and the baby is fine.