Vaccinations during pregnancy are safe for the child 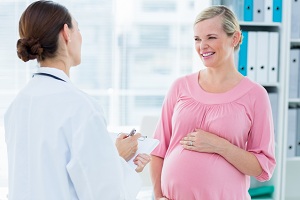 According to a study led by Dr. Lakshmi Sukumaran, vaccinating during pregnancy is safe for the fetus. Children exposed prenatal to the vaccine showed the same levels of hospitalization and death of others. It follows that the vaccine does not damage the fetus and does not cause post-partum consequences.

The American ACIP has advised future mothers to make the flu vaccine and the Tdap against diphtheria and pertussis. There are indeed many studies that attest to the safety of vaccines during pregnancy. However, data concerning the long-term effects on infants exposed prenatally to the vaccine were in short supply.

Dr. Sukumaran's team analyzed data from 413,034 newborns born between 2004 and 2014. The mothers of some of these children had been vaccinated during pregnancy. The doctors then made a 1 to 1 comparison between children exposed to vaccines and those not exposed.

Later, researchers sought a possible link between vaccines, hospitalization and death. No link between these factors emerged from the data, although follow-up was longer than that of similar studies.