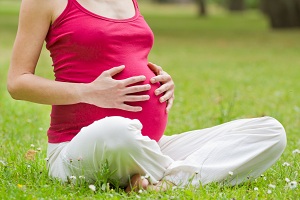 Fetal alcohol syndrome or FAS is a disorder caused by prenatal alcohol exposure. It includes a large number of symptoms, of varying severity and of both physical and behavioral nature. The medical literature only reports it since the 70s of the last century, so it is a pathology recognized only recently.

According to studies, the female body contains less water than the male body. For this reason, women tend to spend more time disposing of ingested alcohol. The already long times are still dilated in case of pregnancy. In this case, the alcohol and the products of its metabolization reach the fetus through the placenta. The fetus is unable to metabolize alcohol and keeps it in circulation for longer.

The higher the consumption of maternal alcohol, the greater the risks to which the fetus is exposed. Nevertheless, even sporadic consumption can be harmful, influencing the different stages of fetal development. When consumed in the various moments of gestation, alcohol provokes:

The term fetal alcohol syndrome is also used for partial manifestations of alcohol consumption. In most cases, these predict abnormalities in physical development that make the diagnosis immediate. FAS sufferers have creases in the corners of the eyes, a short, flat nose, squint, long forehead and sting, maxillary and mandibular hypoplasia.

FAS is also linked to mental and behavioral problems, such as mental retardation, attention disorder and hyperactivity. Some individuals present only these symptoms, which makes the diagnosis more difficult.